From our LIVE ROOM to YOUR ROOM

NTBM (Not-To-Be-Missed) is a jazz collective project led by Tjoe. This project aims at playing original jazz tunes while the band is formed by different musicians every time to create new sparks for audience. As Tjoe is based in London and Hong Kong, he acts as a bridge to bring eastern and western musicians together on the stage. The line-up is always a surprise for the audience.

"There is much to enjoy about this EP with each carefully crafted composition expressing its own sound-world. There is considerable promise here."
— The Jazz Mann

"Flow London is a fantastic release, a memorable collection of music from a superbly talented artist. Well worth experiencing, and more than worth keeping an eye on for live shows or appearances."
— Rebecca Cullen from Stereo Stickman

Tjoe (pronounce as T-Joe) is a top musician from Hong Kong currently based in London since 2015. This Musicians Institute alumnus is a favoured sideman in the Pop scene, a talented Jazz &amp; Blues guitarist, a proficient arranger and composer. Tjoe is recognised by his creative approach, powerful soloing, the ability to improvise and sense of humour. He can often be found plying his trade at top live houses such as Ronnie Scotts and Rich Mix.

After a year building up his network and reputation in London, 2016 has been a fruitful year to Tjoe. He has officially become the artist of guitar brand Melancon. Besides, a year and a half after the successful launch of his debut EP and Asian tours, Tjoe released his second EP FLOW LONDON as a trace of his year-long music journey in London. The EP consists of five instrumental songs composed and produced by himself. All songs are played by outstanding musicians from around the world whom Tjoe has met in this melting pot of music talent.

CM is currently a recording & touring bassist, arranger, and producer, and is active in both the local pop and indie music scene. He goes on tour with major pop artistes such as Sammi Cheng, Joey Yung, Miriam Yeung, Anthony Wong Yiu Ming, Grasshopper, Chet Lam, Eman Lam, and at17 just to name a few.

He is a member of ‘The HUSband’, the quartet behind young diva Eman Lam’s highly acclaimed self-titled album released in 2012. ‘Wanna be’, a number one single from the album, was awarded ‘2012 Best Song’ at the CASH Golden Sail Music Awards, which CM has co-arranged and recorded. This album also won 'Best Cantonese Female Artiste', 'Best Recording' and 'Best HiFi Album' at the 13th Chinese Music Media Awards.

In 2014, CM was commissioned by the Renaissance Foundation to produce the debut album “Seriously” for Singer-songwriter Tang Yi. “Seriously” hit No. 1 on iTunes Mando-pop album chart on its first day of release, and went viral on various new media platforms.

CM is privileged to have the opportunity to perform with some of the best icons in classical music, such as world class tenor singer Andrea Bocelli, dis- tinguished vionlinist Yao Jue and the Hong Kong Sinfonietta. He has also worked with various musical theatre companies such as the HKAPA, W cre- ative, Zuni Icosahedrons and Actor family.

CM is also strongly passionate about jazz music, and have performed with many jazz musicians from HK and overseas. He has formed jazz trio Free- mind, and in 2013 CM joined and toured with guitarist Tjoe’s quartet. He also appeared in Tjoe’s original jazz album “Flow”.

Jaren Walker is a young saxophonist and producer from Jacksonville, Florida (United States of America). He has been actively performing and songwriting since the age of 10. Some of his most notable achievements include a Louis Armstrong Jazz Award from Douglas Anderson School of the Arts (a Grammy® school), two successful tours in Asia with the band Funky Deep, as well as a tour in the United Arab Emirates (on keyboard) with the Stank Sauce Band. Jaren currently resides in Los Angeles, California, and is one-third of the music production trio called Vigilant Nation.

Nate Wong is a Hong Kong native who grew up in California, graduated from Berklee College of Music and is now a musician in Hong Kong.

Nate is a cross over musician that has his finger prints on virtually all parts of HK’s music industry. He is the drummer of indie up comers Nowhere Boys and leads a jazz quintet named Nate w/ The Wong Way Down which has performed in the HK International Jazz Festival, Zhuhai Jazz Festival, Guangzhou Opera House and Ecuador Jazz Festival.

Nate has also performed with some of Asia’s most popular artists such as Sammi Cheng, Anthony Wong, A-Lin, Hacken Lee and Alan Tam.

Angus Gomm graduated from the Sydney Conservatorium of music in 2005 with a Bachelor of Music specialising in jazz studies where he studied under legendary Count Basie/Frank Sinatra trumpet player Don Rader. He then settled into the Sydney music scene for many years performing with the best of Australia's jazz talent including Mike Nock, the Ralph Pyl All Star big band and the Jazzgroove mothership orchestra. He also played with notable Pop acts Ian Moss, Jon Stevens, the Whitlams and Australian idol winner Guy Sebastian.

Upon moving to Asia in 2013 he has played with famous Hong Kong jazz musicians Ted Lo and Eugene Pao. Also performing in the Pop scene with Jacky Cheung, Eason Chan on his "Eason's life" world tour and on the high rating Chinese tv show "I am a singer". 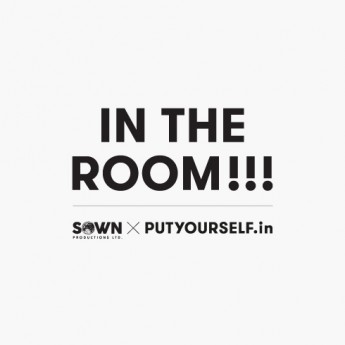 / From our LIVE ROOM to YOUR ROOM / 在上環海旁的一幢大廈裡，我們邀請不同音樂單位來到這個空間，於週末晚上帶來一場迷你演出。我們會將整場音樂會在Facebook直播，把現場的溫度帶到你的房間去。 Presented by SOWN | Putyourself.in ... »