Gazing at the kaleidoscopic world, we dare to despair,
Let’s open a concert thirty minutes before the doomsday,
Trading music as drug, trading off ourselves meanwhile.
When the day ends, we too become forgeries;
The pseudo-sun rises tomorrow, and we celebrate.
It’s too late for reality, farewell.

Jabin Law, together with Chan Kwun-fee present a collision between music and body. Down from the prison courtyard, we look up to the more glamourous reality playground out there, and confront the dire reality with original music upon earth and grass. This lyrical account of a reality about to end, a beginning that is also the end, is jointly performed by a live band and the body of the performer.

Jabin Law
A Hong Kong-based singer-songwriter. His music bears the weight of urbanism.

Jabin’s performance reminds you of a sculptor, his works are crafted with details in their structure and expressions. His guitar plays the sound of solidarity of modern cities – where souls wander around to seek for stability. The further one goes, the more you realise we are all but lonely neighbors.
Jabin started participating in different live performances in 2012, and published his double disc demo album Day and Night in 2014. He published his first self-funded folk album The Suns in 2016, with which not only written all songs, but also arranged, produced and mixed all of them by himself. In 2018, he released his second studio album But Tonight, The Boulevard Is Mine.
Jabin focuses on melody and lyrics. You could tell his thoughts from his words, and surprised by his husky voice mixed with the tiniest taste of gentleness. You probably cannot help but to ask this slender guy, “How old is your soul?” once you see his live performance. He never talks much about his works, and if you ask for the stories behind his music, he would reply cunningly with a poker face.

Graduated from School of Creative Media, The City University of Hong Kong, Chan is now an interdisciplinary artist who mainly works as a writer-director and performer. She is also the founder of Littlebreath Creative Workshop. Her recent work Kassandra or the World as the End of Representation is nominated for Best Director in the Hong Kong Theatre Libre 2018.

Free Spirits Wander Around the Site of Tai Kwun

After receiving wide acclaim in 2017, we bring in the new edition of Swim Walking in collaboration with orleanlaiproject, together with four groups of local artists from the JOCKEY CLUB New Arts Power. This brand new artistic journey will take place in “Tai Kwun”, one of the most important historical heritage projects in Hong Kong. In this architectural complex consisting the former Central Police Station, Central Magistracy and Victoria Prison, the audience will immerse into history and culture, when creativity creeps through the age-old walls, responding to the wandering free spirits through sound, dance, theatre, video and literature, to bring in a breath of free air.
Participating artists Yang Hao, Ivanhoe Lam, Jabin Law and Théâtre de la Feuille will take inspiration from the historical background and unique space of Tai Kwun to contemplate on the subtle line between surviving and living, after which they will produce a four-day cross-media live performances.

*Participating in the project with the support of CCDC 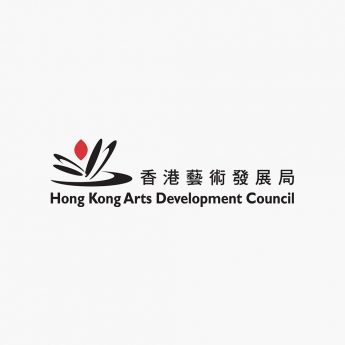